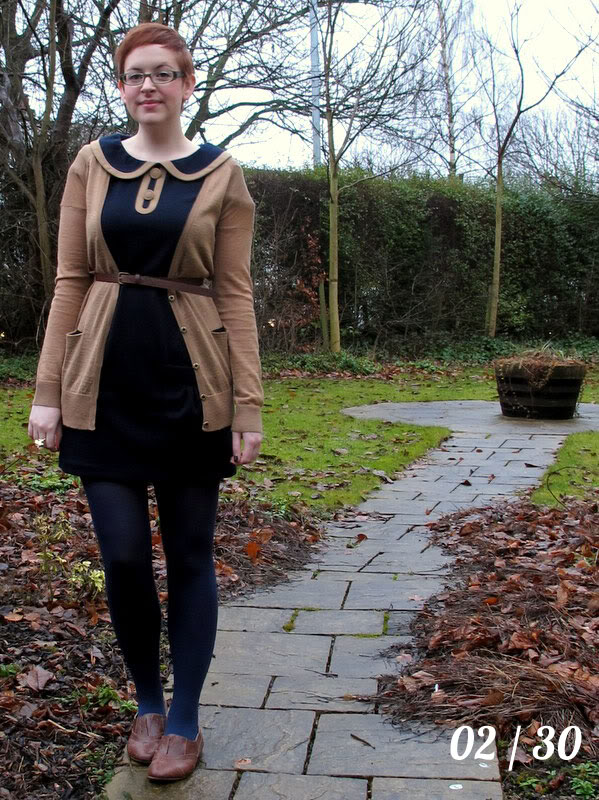 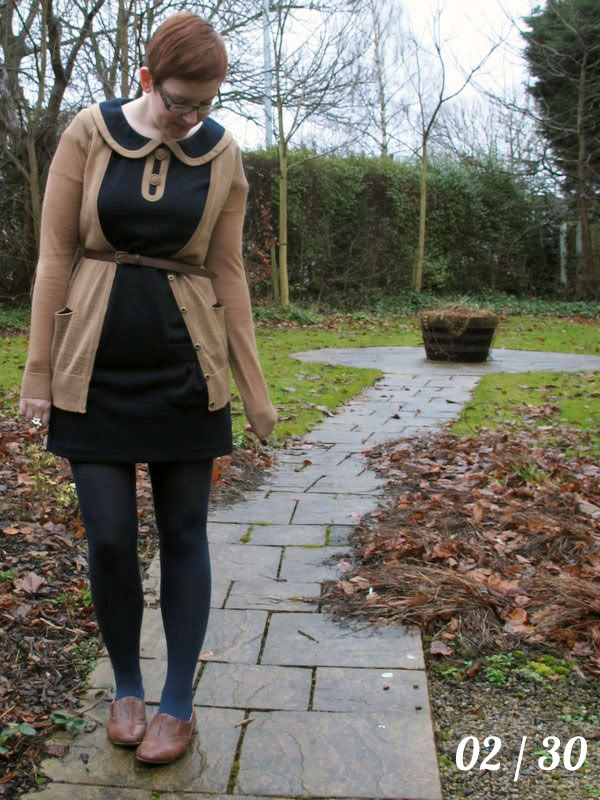 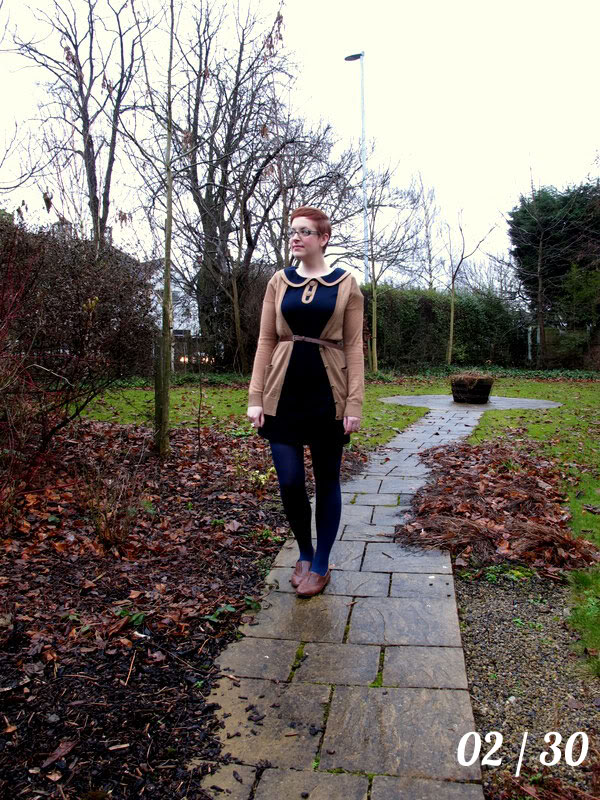 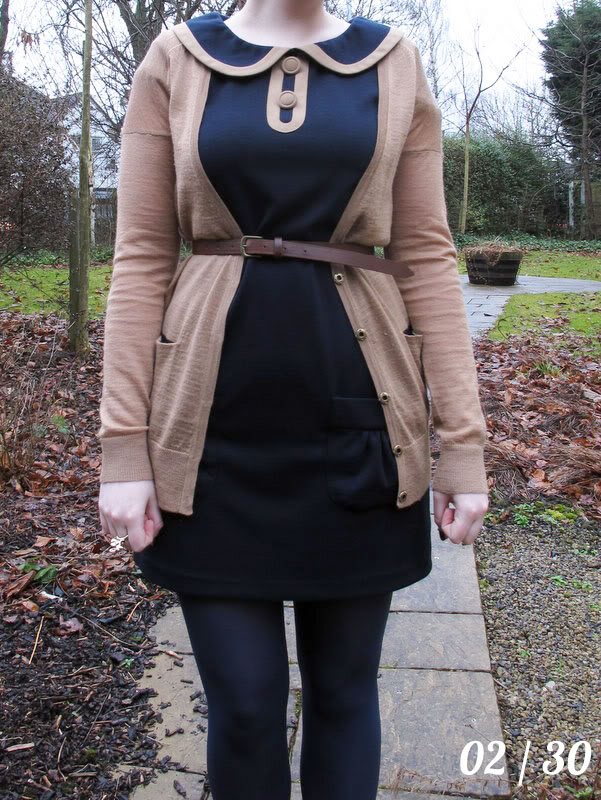 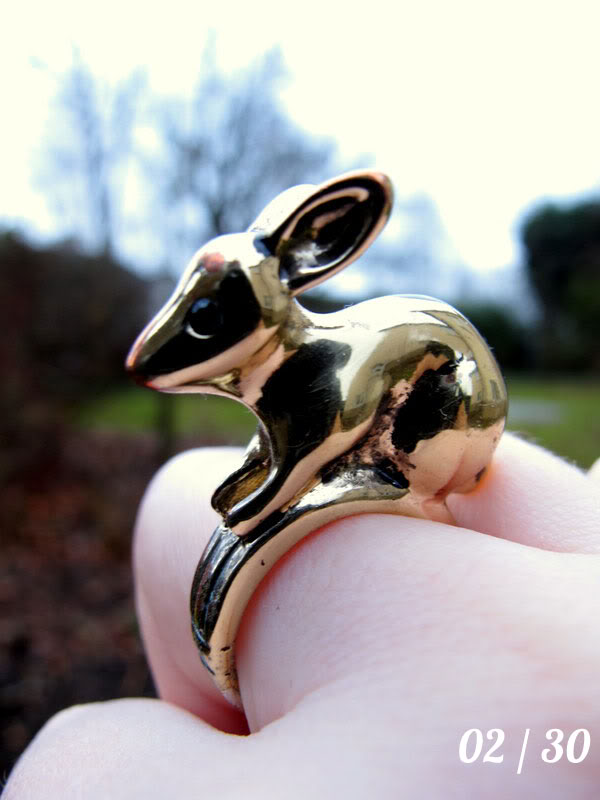 Can I tell you a secret? Come a little closer now, I’m going to whisper it. Lean in, lend me your ears, listen up…

I’m wearing Spanx under this dress.

Now, let me explain. When the people at Tightsplease (who are ever so generous) asked if I’d like to feature shapewear on the blog, my first reaction was ‘no one wants to see that. Ever.’ (I stand by this statement. Do not let the person you’re sleeping with see you trying to put on anything designed to ‘suck in’, as you probably won’t be sleeping together again for a few months. It’s a mental image that’s hard to erase.) But when I realised Spanx were part of the control pants range, I was sold. You see, I am a huge fan of Spanx.

Spanx make you a better version of yourself*. When you first put them on (after the wriggling, sweating and swearing – seriously, lock the door) you will marvel at your streamlined physique. Clothes sit better. Lumps are ironed out. That old 90s phenomenon, VPL, is non-existent. And you’ll have abs of steel without the 500 stomach crunches. Get someone to poke your stomach and watch them break their finger (kind of). See? Amazing!

No, they’re not really comfortable (despite all the claims… how can something that literally holds in flesh be comfortable?) and yes, they are completely and hideously ugly, but the results are worth the slight discomfort.

What do you think of so-called ‘magic pants’?

*A tongue-in-cheek statement, you understand. You are the best version of you – including lumps, bumps and visible panty lines.

PS – If you follow me on Twitter you might’ve seen my excited tweets about this… my work is being published in Company Magazine’s High Street Edit! Woo hoo!

CUTE outfit!!!!! i love everything about the entire outfit!!

I introduced my boyfriend to my ‘Bridget Jones’ pants and it’s safe to say I won’t do it again! He certainly didn’t appreciate them. They are great though. I love your dress here. You’ve styled it perfectly and the whole outfit really comes together and suits you (:

Spanx- I’ve tried numerous brands of magic pants and I’ve come to the conclusion that the need to make some for people with big rib cages! They’re great until mine rolled down at the top because it would appear my ribs get in the way- thus making said magic pants very visible defeating the object. I’d kill to find some that don’t do this!

Looking gorgeous, i was actually thinking you looked like you lost weight before i got to the bity about Spanx. I’ve got some magic pants and you’re right, NEVERlet your other half see you getting into them.
Love that ring too x

i haven’t ever tried them..the thought of being that uncomfortable kind of puts me off, especially if its to go out somewhere nice for a special occasion!
i tend to find that if i feel uncomfortable with the way i look in an outfit, it’s time to change the outfit, and lose some weight..

I personally think Spanx are the work of the devil. I don’t need underwear to make me a better version of me. Lumps and bumps are perfectly normal and I don’t want to torture myself just for the sake of looking like I have a mildly flatter stomach.

Firstly, I adore today’s outfit. I love the camel colour against black at the moment, so always a win!

Secondly, magic pants can be a life saver and a outfit saver! It made my graduation party dress look so much better on me and they were comfortable!
Yes the draw back is that they don’t get your chap’s blood pumping but if you look sensational then that might distract his attention away from their presence!

Haha! I love this post. Spanx are good for creating that perfect silhouette, but I do agree it’s not comfy.

First of all, gorgeous outfit! I love the dress and the ring!!! Spanx, lol!! They do wonders but are hideous aren’t they! Your physique is looking great, but it always did!! And many congratulations about the article, looking forward to reading it =)

I’ve already said it on Twitter, but WELL DONE! I am so excited for you 🙂

Also, control tights! They are my savior, i love them. Even the boy doesn’t mind mine! haha x

Amazing! I love your dress!

Gorgeous outfit Jen, and I agree on Spanx, not sexy bedroom wear at all!! but needed at times where nothing but a smooth shape is required. 🙂

I swear by them, mine are actually Primark £6!! I wear them with tight jeans – no muffin top and with dresses so you get a sleeker shape – no knicker lines! As for sexy? Erm no but you can just stuff them down the radiator or something if your in for some luvvin 😉

Ooh, I’ve been admiring this dress from afar for a while now- look lovely on you, and can I say it complements the hairdo very nicely too? Very sixties waif chic!
As for control pants, I am totally their target market but they don’t work for me- they just roll down so I get spare tyres in very odd places. (How nice. Sorry If I’ve put you off your tea or owt)
And as I’ve already tweeted- amazing news on the Company front. Really well deserved, must have put a good spring in your step today! Can’t wait to read it!

Argh Jen, sorry!! I didn’t take offence at all! I totally get that it was tongue in cheek – I think I’d just been commenting on a couple of ranty blog posts and wasn’t really concentrating on the tone of how my comment on here came across. I just don’t like the flipping things, hahaha!

I absolutely adore that dress! The collar is so cute.

I have never actually worn spanx, but I might have to try it out. Special occaisions (well, special dresses!) only though – I don’t think I could take th discomfort for too much time!

love love that dress.. i saw that in next on sunday and wanted it.. seeing how it looks on.. i now want it even more so!!
i am a massive fan of big pants..i wear them all the time .. they just make everything smooth although you can get that under boob roll thing going on if your not carful!!

Most. Adorable. Ring. EVER.
Fantastic dress too; I keep eyeing it for myself. Is it cut with room for boobs? This is my main no against it at the moment. Necklines like that don’t tend to suit my chest.

Ooo, wow, the Spanx sounds good! I reckon I could do with a bit of ‘tucking’ these days.
I am positively in love with the dress. Peter Pan collars are gorgeous and so stylish.

I’m so glad that you appreciate the power of Spanx as much as I do! You look beautiful and that ring is prob. the most adorable thing I’ve seen in a while. 🙂 I’m a fellow 30 for 30er and def. will be checking back often for inspiration!

I’ve been thinking about getting some spanx. Hmm. Love your dress x

I may have possibly got a pair hidden in the depths of my wardrobe, but they only come out at times of utter desperate need. In true Bridget Jones style these pants do work wonders, but for me they are no means comfortable to wear x

p.s Congratulations on Company, I will definitely be buying the issue x

congratulations thats amazing! i LOVE that ring and your hair looks stunning x

I love this Next dress, the collar is fab. Love this post too, very funny reading! x

Its the Bridget Jones dilemma every time.
If you wear them you’re more likely to entice an intimate encounter, but what kind of man expects someone to be wearing such a contraption? Pulling off skinny jeans is hard enough! It’s practically a chastity belt. haha.

I did once try a pair out, but then there’s toilet issues. Too much hassle just to smooth a small bump that probably only I notice!

I very rarely wear magic pants – the getting in & out of them is my main bug bare. Gok’s “slicker knickers” (gross name) do the best job in actually slimming you down – issue is the “easy” access bit is fastened with hook and eye – who can do a hook and eye up between their legs – possibly in a small cubicle of a public toilet?! FAIL!

I love the dress by the way – so cute!

I need a pair of spanx in my life jen! especially since I get a really bad food baby (and drink baby, for that matter) when im out and about. wearing a fitted dress on occasions like that is never a wise idea 🙁 this post made me giggle, ‘VPL’ was a fave term amongst the boys in high school, oh the nostalgia :p xx

My secret beneath my normal scruffy exterior is my taste in undies. And Spanx just aren’t pretty enough to cut it in my knicker drawer, despite how useful they might be.

Your waist looks TINY! I think I need to get me some Spanx. Also, love that dress x

This outfit is just insanely cool…cool dres…cool shoes! You have amazingly awesome taste!

As a single girl with a curvy figure and a love for body con skirts and dresses I feel that my need for control underwear is quite great… but as I am single and out to impress I reckon it is important to get something that would actually look quite attractive as I do not have a desire to end up in a compromising situation in cycling shorts and a bra, essentially. Maybe a boyfriend could overlook such as oversight… but certaintly not a potential one.

So I bought this baby:

It’s amazing! And short enough to wear under tight dresses, success!! Three cheers for shapewear! Women aren’t meant to be perfect but sometimes it’s nice to be a little more toned without the effort 🙂

Hello..I found your blog thru the remix list…Im a new follower:) Love your outfit today!! The camel is gorgeous, as is that ring!!

I adore that ring! And thank you for showcasing Spanx this way on the blog 🙂 It’s nice to hear an honest opinion without seeing too much!

Congrats on winning that competition Jen! How exciting! I wore spanx for my sister’s wedding but they were quite uncomfortable I’ve never worn them again! Maybe if I wanted to wear some bodycon dress I would dig them out though.

Dude. I LOOOVE this dress! It looks so darling with that tan cardi. 🙂

Spanx eh? They’ve always scared me. Perhaps I should try…