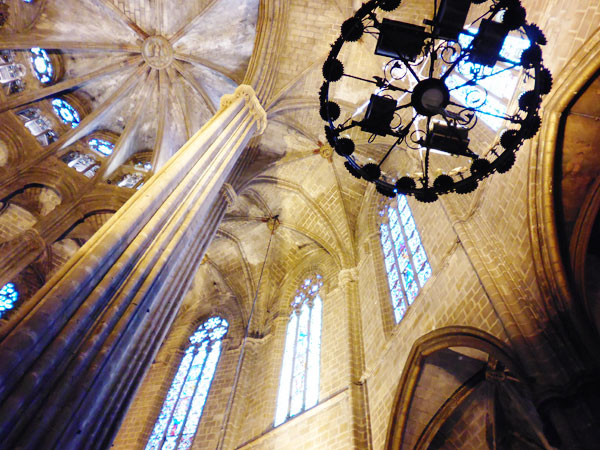 Since starting this blog in 2009, I’ve developed a growing interest in photography. When I started out, there were few blogs on the scene using ‘proper’ cameras. Most fashion blogs displayed dark, grainy photos taken on a basic point and shoot, usually from a wonky angle and with a delightful ‘messy bedroom’ background. Back then, I thought ‘DSLR’ was London’s overground tube line.

But as blogging became more popular, standards began to rise and suddenly everyone was toting a Canon 500D alongside their Alexa. And I started to think more about my photos. I upgraded to a Canon G11, then a Canon 500D (cliché alert!). I learnt about ISO and depth of field and composition (no more messy bedroom… in the photos, anyway). You can read my photography ‘journey’ here. 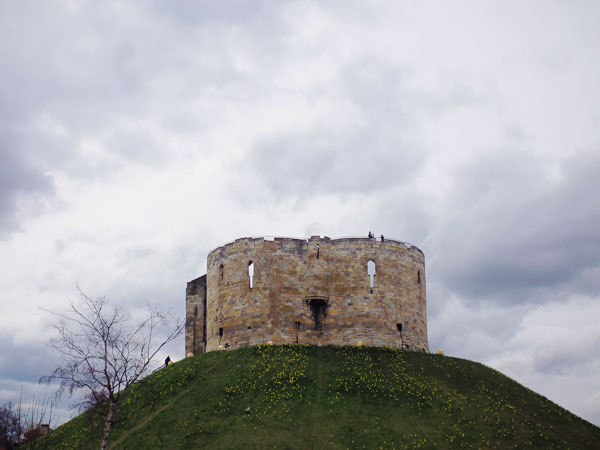 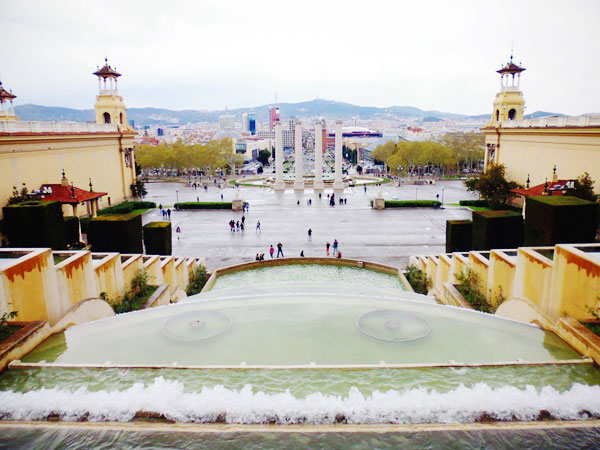 So, we know photography is important. Great photos make for beautiful, eye-catching blog posts. Stories are brought to life with the help of clear, well-composed photos.

But do you need a big, bulky camera to do it? 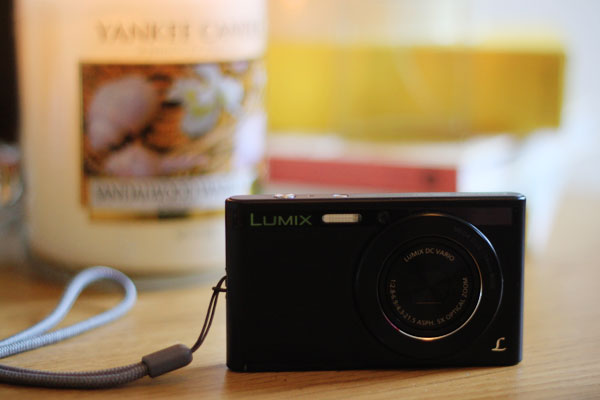 I was sent the Panasonic Lumix XS1 to review a few weeks ago, and after taking it around Barcelona, on a few nights out and on a day trip to York, I can confirm that I’m in love. It’s about the size of my iPhone but packs a real photography punch – if you’re interested in the specs, that’s 16.1 megapixels, a 5x optical zoom and HD video capabilities. 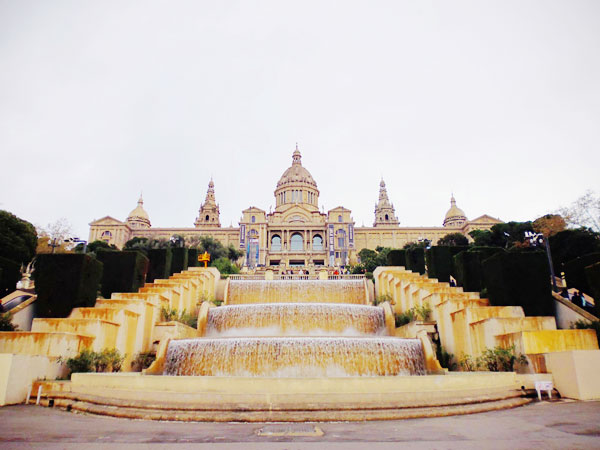 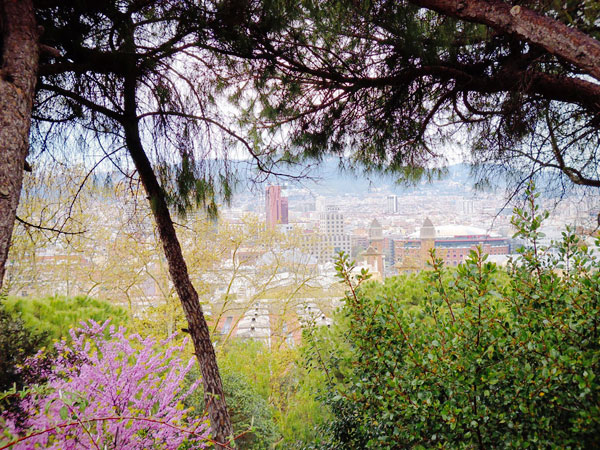 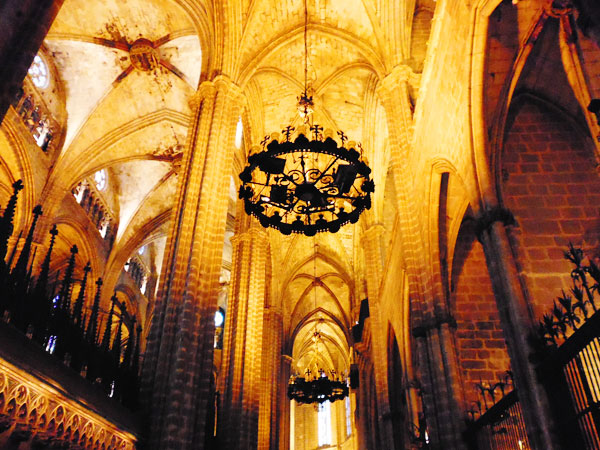 I adore my Canon, but it’s a gigantic pain to lug around everywhere. So this little slip of a thing – slim and light enough to fit in my pocket – is a literal weight off my shoulders.

Of course, the picture quality is better on the Canon – as it should be, with the size of those lenses – but the Lumix captures scenes beautifully. I love the ‘shoot-and-go’ aspect of small cameras – no faffing with lenses or exposure levels or aperture. The Lumix has an ‘Intelligent Auto’ setting which adapts to different lighting, meaning I can shoot inside a dark and moody church and walk straight out to capture a sunny day. 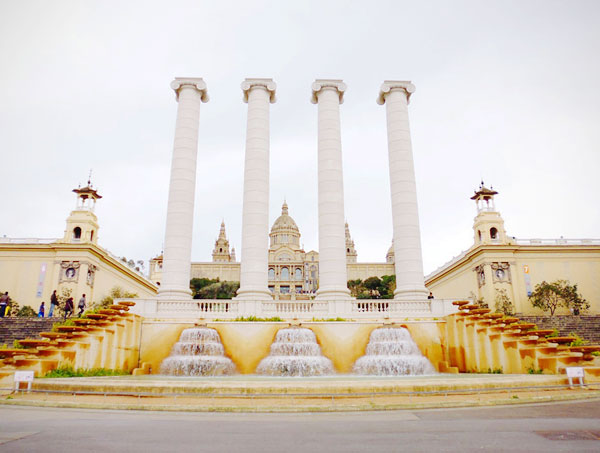 The Lumix won’t replace my Canon, but it will replace my iPhone. The DSLR is perfect for blog photos, but when I’m out and about I rarely take it with me. I rely on my iPhone to snap things that interest me, but unless I’m after an Instagram shot, I can see this little beauty becoming my on-the-go camera of choice. Particularly on nights out – if there’s one thing I need more of, it’s photos of me and my friends drunkenly singing karaoke.

What kind of camera do you use?

FYI – All the photos in this post were taken with the Lumix XS1 (apart from the one of the camera itself, which was taken with a Canon 500D) in case you didn’t figure that out! I was sent the Lumix XS1 to review but was not paid for this post.

Photo’s are super important but I think a lot of is the photographer, as you prove here.
Its not all about expensive DSLR’s!

What gorgeous photographs! How wonderful that you were able to memorialize the amazingly beautiful wonders you saw on your trip in high quality photographs. I love seeing all of them. The places you saw are spectacular – and I love the pretty flowers in your room.

Looks like a good camera. I use a similar point and click but its less MP, not HD. A Sony one. Ive been thinking of upgrading, but not quite decided yet. I recognise the Barcelona fountains 🙂

I’ve had so many problems in the past with various digital cameras that I’ve settled for my DSLR! If I could afford both I’m sure I’d try out a digital one for my days out, as like you said, they’re a lot more practical to carry around. But I’m not sure if I’ll ever part with my first DSLR ox

You’re the best! I’ve literally been searching for a suitable ‘point & shoot’ since my Canon Ixus bit the dust about a year ago. RIP! And a run in with a Nixon Coolpix that really didn’t take cool pix almost put me off of the search for life. But after lugging around my DSLR on a city break last week & resorting to using my smartphone for quick snaps, I decided it was time to get back on the small wagon. Seeing the photo quality in this post amazes me & the price even more so. This’ll be coming out of my next paycheck.

The church is the Cathedral of Barcelona. I was there literally about a week before you by the looks of things.
But I totally agree with you. Lugging my big Nikon DSLR around Barcelona got really tiring and I think as the technology improves, little compact cameras are really going to give SLRS a run for their money. If you’re interested this is my post on Barcelona- http://ohthatcurl.blogspot.co.uk/2013/03/the-super-long-barcelona-post.html

LOVE your Barcelona shots! Looks like you had much better weather than us… jealous 😉

Thanks for the tip-off about the Cathedral of Barcelona… you’d have thought I’d remember such an easy name! Will update the post now.

I’ve had my DSLR for about 5 years now and its a real pain to take around in my bag unless its a proper special occasion. I recently got a compact and I love it, 16 mp and 8x optical zoom its brilliant. I can carry it with me everywhere and get fab photos, of course my trusty DSLR still gets out haha.
Great photos too!
Kloe xx
haveacupofteawithkloe.blogspot.co.uk

Good post. As you rightly remarked it is difficult to carry a DSLR all the time. I also have a panasonic lumix and it is a cool camera. Very much handy, gives me cute pics. But I take the Canon with me when I need to take special pics. BTW does it have sweep panorama option that lets you photograph tall structures ?

I have blogged about picmonkey, an online photoediting tool, it helps me in making my pics suitable for upload to my blogs.

All your pics are awesome.

Visit my blogs too, appreciate if you would scribble some comments there.

These shots are amazing, the little details, the colors, (…) they’re really good. Here’s the proof you don’t really need a big chunky Canon or Nikon to take fantastic pictures. Did it help that Barcelona is really beautiful, with a stunning light?
I have a Nikon and it’s a pain to carry it around, too heavy and my bag is already filled in with lots of useless stuff. Should consider a small one like yours, hm.

these photos are amazing, i’v been looking for a good quality camera that doesn’t cost a small fortune and isn’t massive so the panasonic one looks brilliant for now.

This looks like a great little camera. It isn’t always convenient to take a larger camera. x

Great post Jen, I had a Canon DSLR when I first started blogging but I sold it because I didn’t use it enough. My boyfriend kindly brought me an amazing Fuji x100 which is an amazing little camera, I still tend to use my iPhone for shots of products though xx

I have a Nikon D40 which I love but it is far too bilky to carry around for trips to London. Last year I invested in a smaller Nikon Coolpix but have really been struggling to get the hang of using it. The Lumix looks great and I love the Cathedral pictures that you have taken.

Your photos are amazing 🙂
Greetings from Italy
Silvia
http://www.italiancherries.com

I love the Lumix series! I have one from a few years ago myself, but it still takes great pictures. I’ve gone the opposite way recently, as far as a camera journey goes. I recently bought a Canon SLR film camera (late 70’s early 80’s model) to learn more about f-stop, light meter, shutter speed and manual focusing. It seriously is a pain in the butt to carry around, but the pictures turn out really cool and I find myself taking more time to find a good shot, rather than take a bunch and hope for the best, which seems like a good thing to practice.