Over the Bank Holiday Weekend, Rob and I took a trip down to London to visit the Making of Harry Potter Tour at the Warner Bros. Studios in Leavesden. It. Was. Amazing.

I grew up with Harry Potter (not literally, although how awesome would that be?) – the first book came out when I was 11 and along with my brother and sister, our childhood summer holidays were consumed by the series. The books usually came out in July and we’d spend all 6 weeks reading fervently, finishing then starting again, sitting in sun loungers out in the garden with ice cold Cokes and dogs by our feet.

The stories matured as I did and after a few years, Rob was hooked too. We saw all the films together (many at midnight on opening night) and can find a Harry Potter quote suitable for any occasion. Like so many millions of people around the world, the Harry Potter journey has been a huge part of our lives. So obviously we had to do the tour. Here are some of our (many, many) photos… 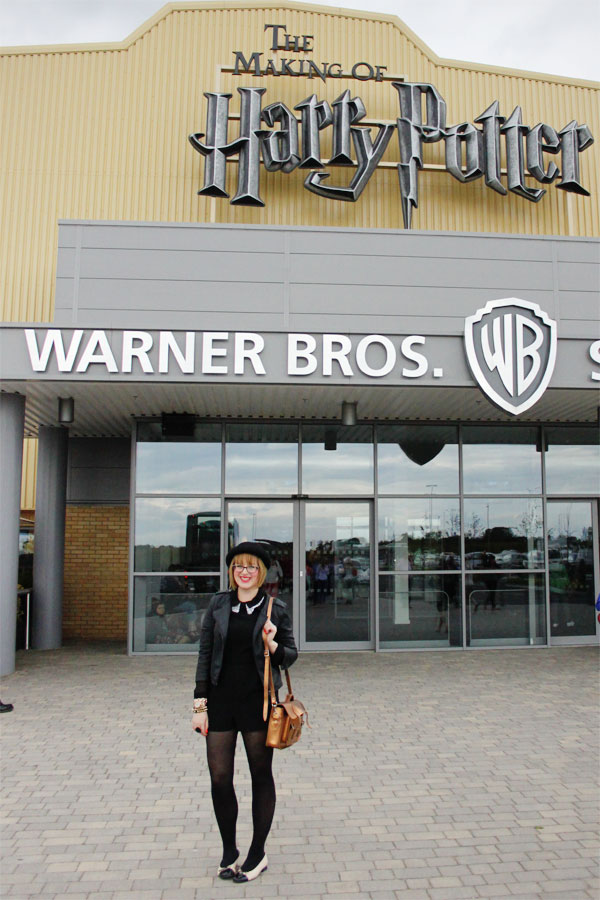 Getting excited at the entrance – we hadn’t even been inside at this point! 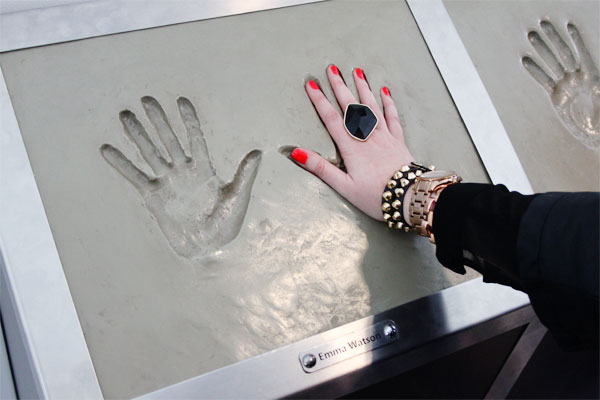 Getting to the Warner Bros. Studio is pretty straightforward – we took the train from Euston to Watford Junction then hopped on the dedicated Harry Potter Tour Bus (sadly not the Knight Bus) which delivered us to the Studio doorstep. 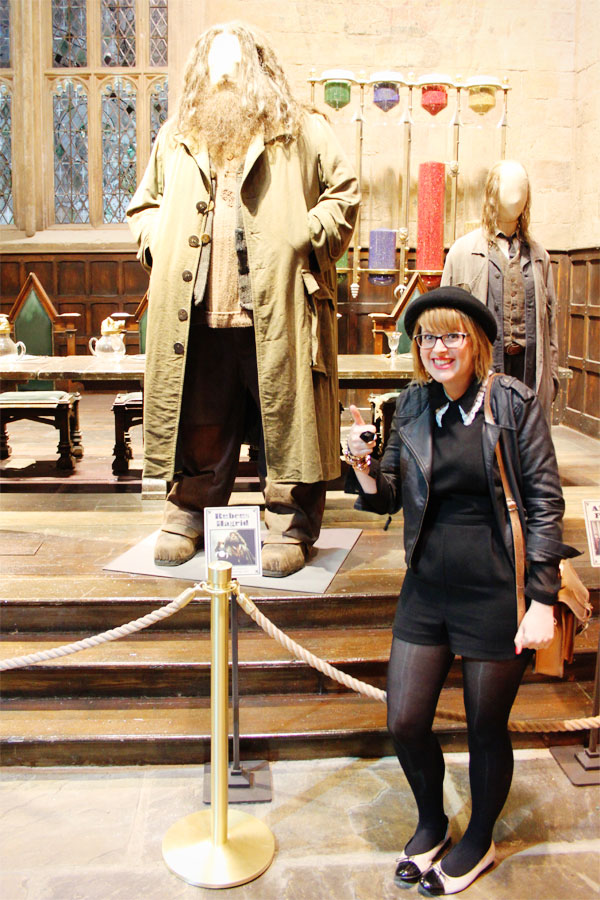 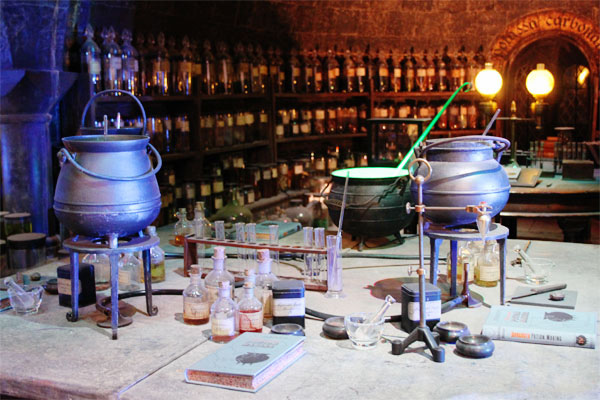 The potions stir themselves! 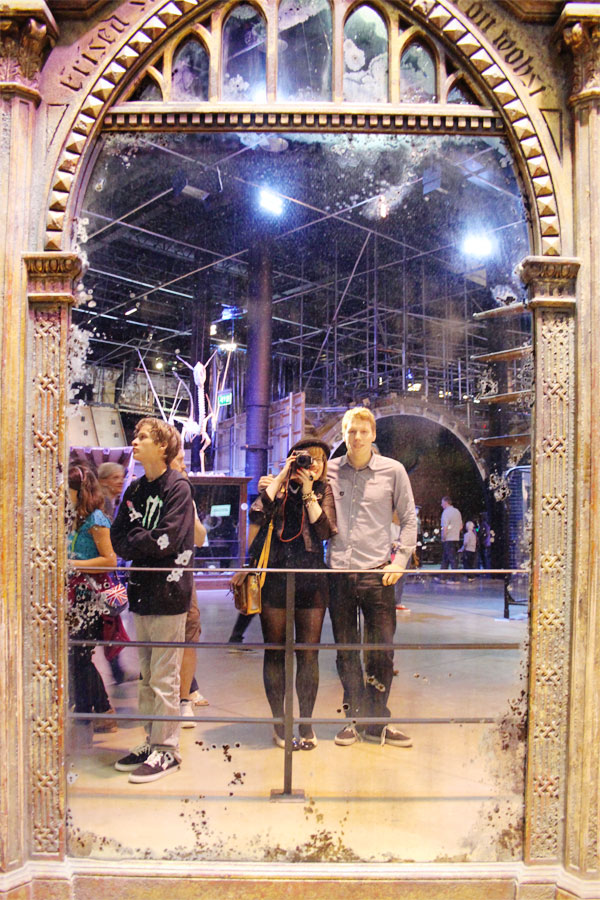 Look at that massive structure behind us! It was amazing to see

The tour kicked off with a short film featuring Daniel Radcliffe, Emma Watson and Rupert Grint talking about the team behind the scenes. Then the doors opened and we spilled out into the Great Hall! Rob and spilt off from the group and sought out our favourite things – Hagrid, the Potions Dungeon and the Mirror of Erised. 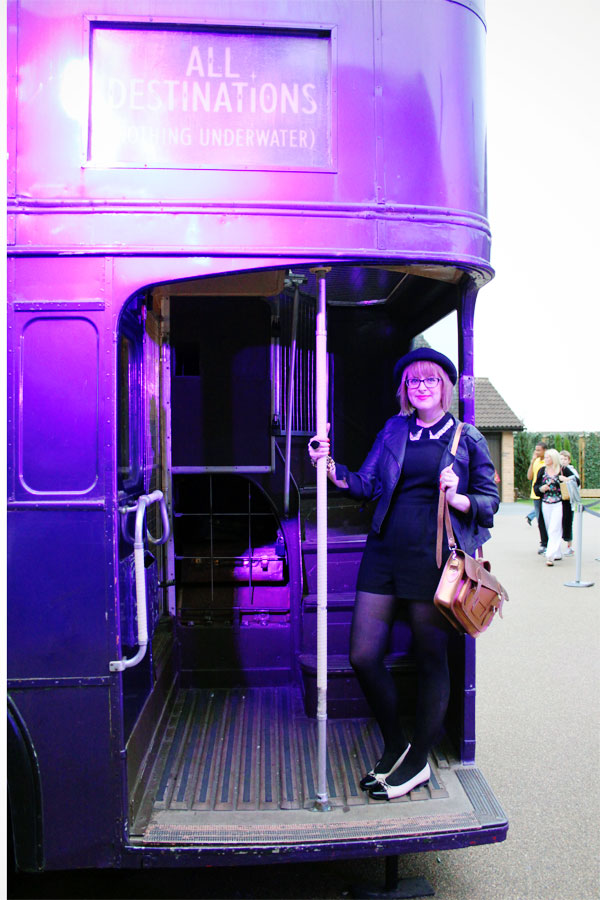 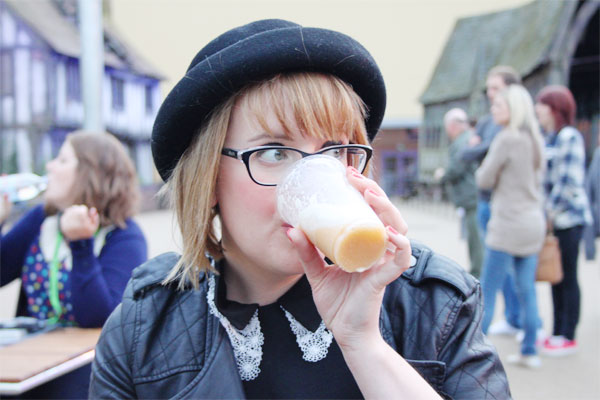 Butterbeer – I think it was foamy cream soda. I loved it! 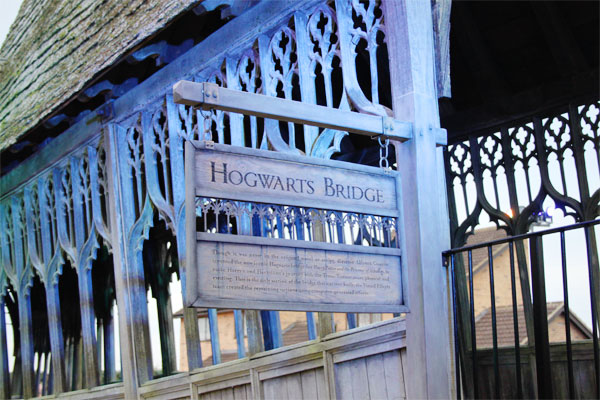 A few days after our tour they opened the Hogwarts Bridge, so now you can walk along it!

Once you’ve explored the school sets, you head outside for a closer look at the Knight Bus, Hagrid’s motorbike, the flying Ford Anglia, some of the houses featured in the films and the Hogwarts Bridge. You can also enjoy a glass of Butterbeer which contains zero alcohol but is rather delicious! 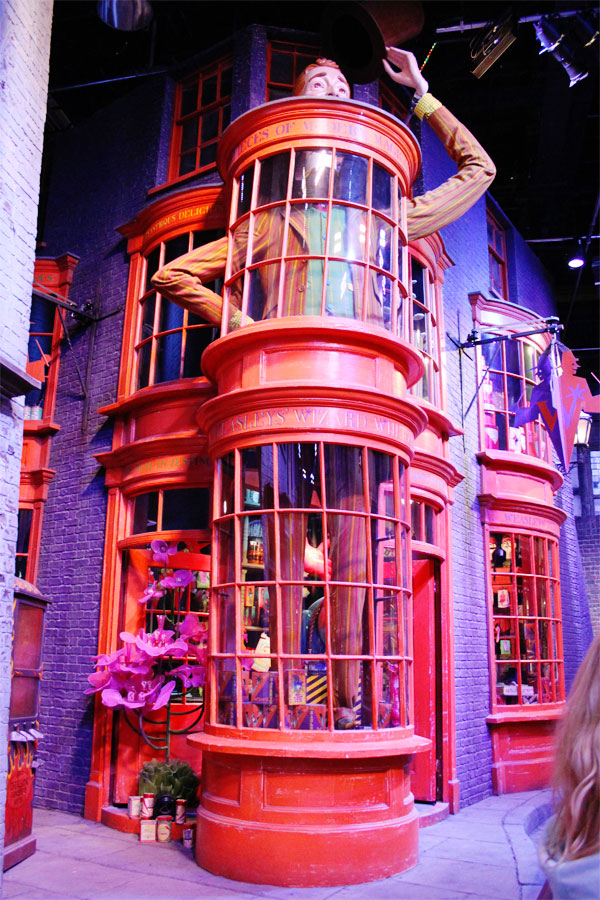 Madam Malkin’s for all your Pygmy Puff needs

Puking Pastilles and an excellent gif by me

Then it was on to Diagon Alley, my absolute favourite part of the tour. It really felt like you were INSIDE the stories, running down that cobbled street and peering in through the windows.

Wand boxes – I couldn’t find my own name, sadly! Vicky Bishop is one lucky lady

A quick stop at Ollivander’s and £70 spent in the gift shop (seriously… that place is crazy. You WILL leave with five chocolate frogs, a Gryffindor notebook and a replica Marauder’s Map. Because you NEED them) and it was all over.

It was such a fantastic experience – I love anything ‘behind the scenes’ so to see all the sets and costumes, the amazing makeup techniques and prosthetics they used to bring the characters to life, all the hard work and talent that went into these films that I’ve watched and enjoyed so many times… it was magical. No pun intended.

I sooo wanna go there you lucky girl! and you look gorgeous xx

I MUST GO! My mum has suddenly been taken with a burning desire to go as well, so we shall be there soon, I’m sure.
The trouble, after being a right geek and joining Pottermore and getting sorted into a house…I obviously Ravenclaw robes, right?

I want to go here so badly! I’ve seen all the castle-y places so it seems only right that I do the studio tour too…

Please tell me the Marauder’s map has moving dots? I’m assuming it doesn’t… but please tell me it does anyway! x

OMG Jen how brill!! I want to go it looks awesome. I am having serious HP cravings since the last film. The pics are great thanks for sharing them.xx

Oh wow, wish I could be there too! So jealous!

another day to wander

Oh, lady…..I’m seriously cross with you….first you made me spend with Brand Alley’s Sam Edelman sale and now you’re making me go see Harry Potter tour. I’ll have to have words with you.

I grew up with Harry Potter too, my love for the books and films knows no bounds – I’m planning on buying my boyfriend tickets to this for Christmas and I’m super excited already!

wow 🙂 looks so magical! I can’t wait to go their myself! Classic and cute outfit <3 x

So incredibly jealous! We’re booking in to go in November – I am such a fan! xoxo

SO AWESOME, I am jealous.

SO. JEALOUS. My boyfriend hates Harry Potter so I think me and a few of my friends will have to go down instead 😀 x

got my tickets for november 😀 so excited!

how cool is this??? didn`t know there is a place like this :)kind of jealous..
greetz from germany
http://the-petite-mademoiselle.blogspot.de/

Looks like a really fun day out. I love your outfit especially the hat!

Oh wow, this is such amazing place <3 I wish I could visit this place too 🙂 !
http://coeursdefoxes.blogspot.com/
http://www.facebook.com/CoeursDeFoxes