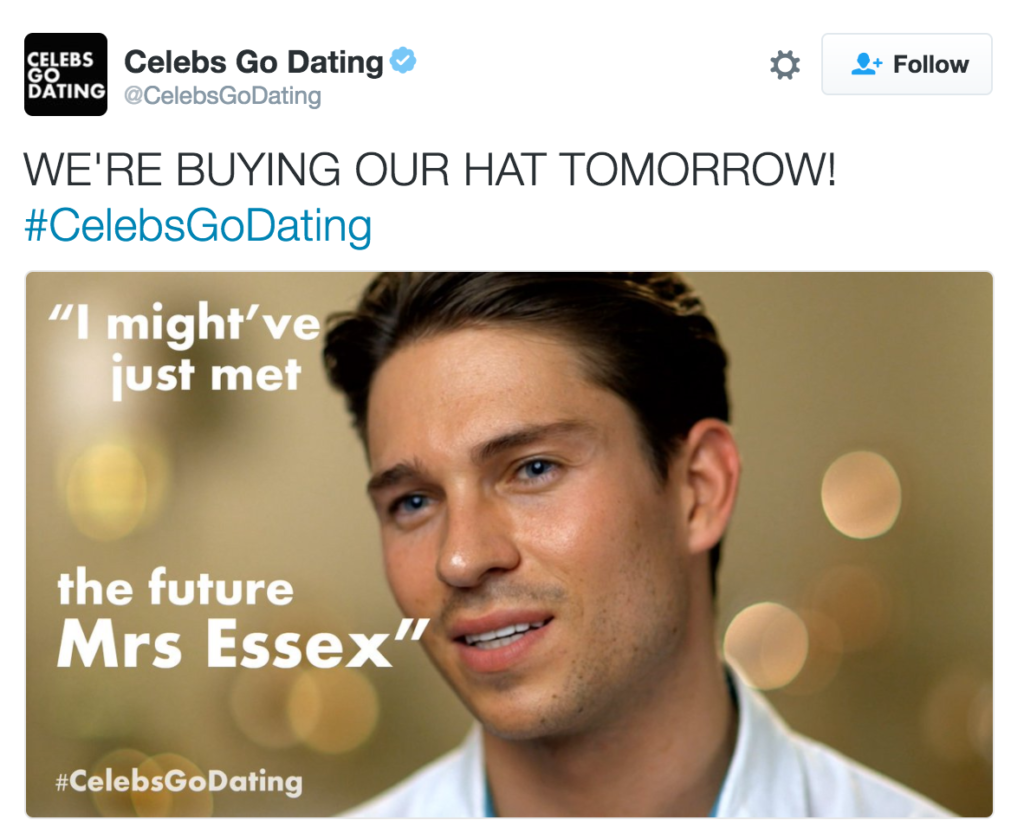 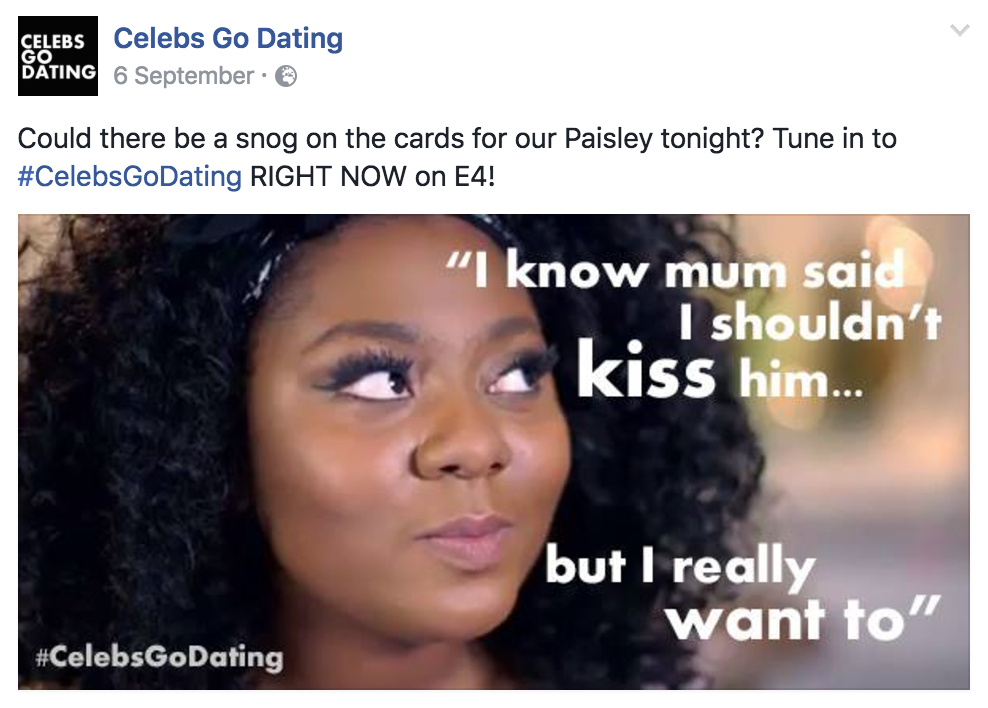 My role was to manage all aspects of the show’s social output, including creating all assets, editing video clips for use across Channel 4’s digital output, mapping and scheduling content, engaging with our social fan base and providing live coverage during broadcast each night.

I also liaised with the celebrities featured in the show and their agents to create content and features for both the Celebs Go Dating channels and the celebrities’ personal social media platforms.

Over the course of the series, the show regularly trended on Twitter with interaction from the featured celebs as well as high-profile tweeters like @Schofe and @BobbyCNorris. It was also the most tweeted about show in its time slot on multiple occasions. 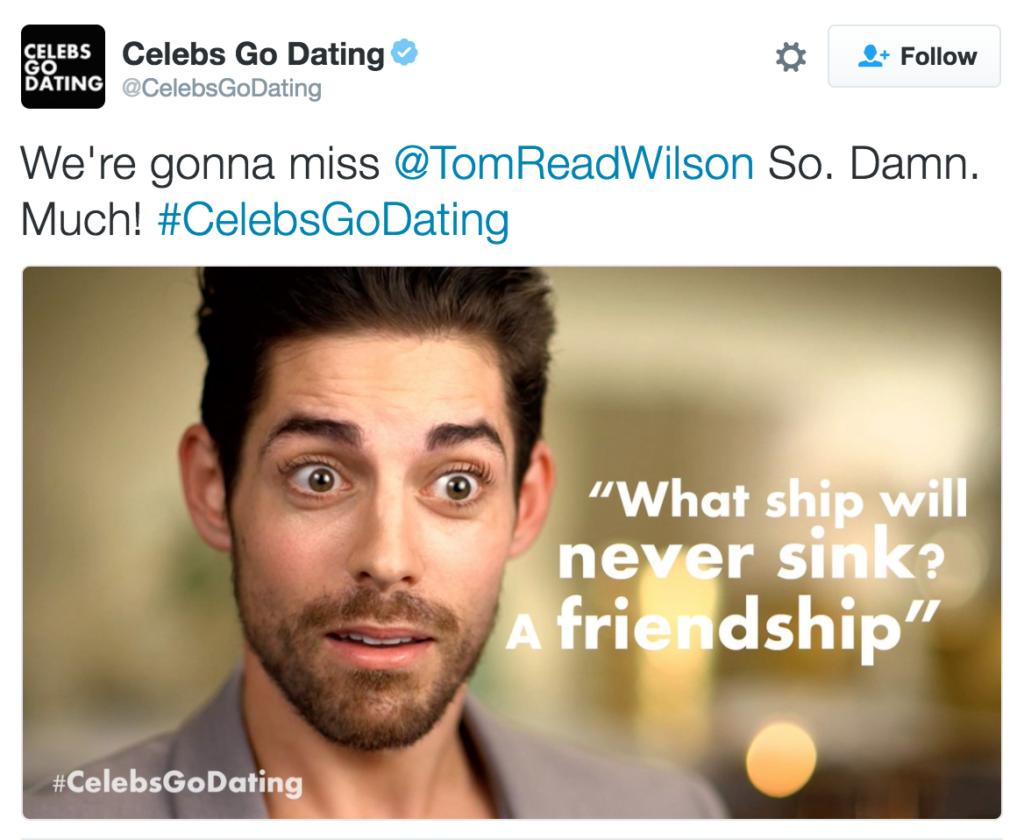 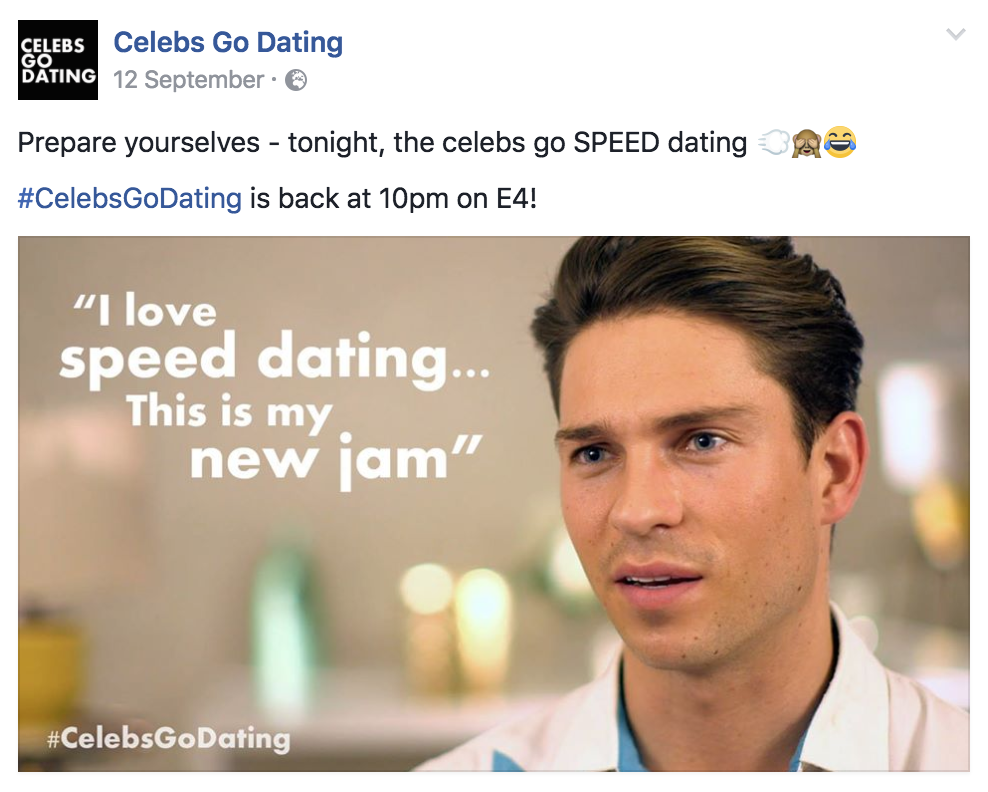