Brand partnerships can often catch you unawares. Some are perfect – like Liberty for Barbour. Some are a bit odd – The Kardashians for Dorothy Perkins? And some don’t quite make sense… until you see the finished product. That’s how I felt when I first heard of the collaboration between Diane von Furstenberg and Evian. Fashion meets hydration? I’m not quite there yet…

Turns out, Evian have a long history of working with fashion designers. Every year, they choose a prominent designer to create a special edition bottle, and 2013 belongs to DvF. 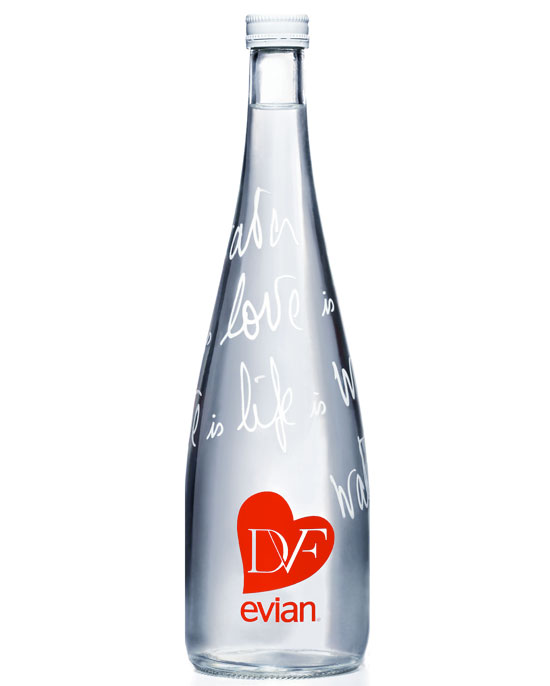 Pretty, right? Sleek and classic with a hint of playfulness, just like the DvF collection.

To celebrate the launch of the DvF limited edition bottle, Evian challenged me to create my own bottle design, based on my particular style preferences. After some frustrated sketching and a dawning realisation that I have no artistic skill whatsoever, I turned to lovely illustrator Michelle Allen, who made my jumbled ideas into something fantastic… 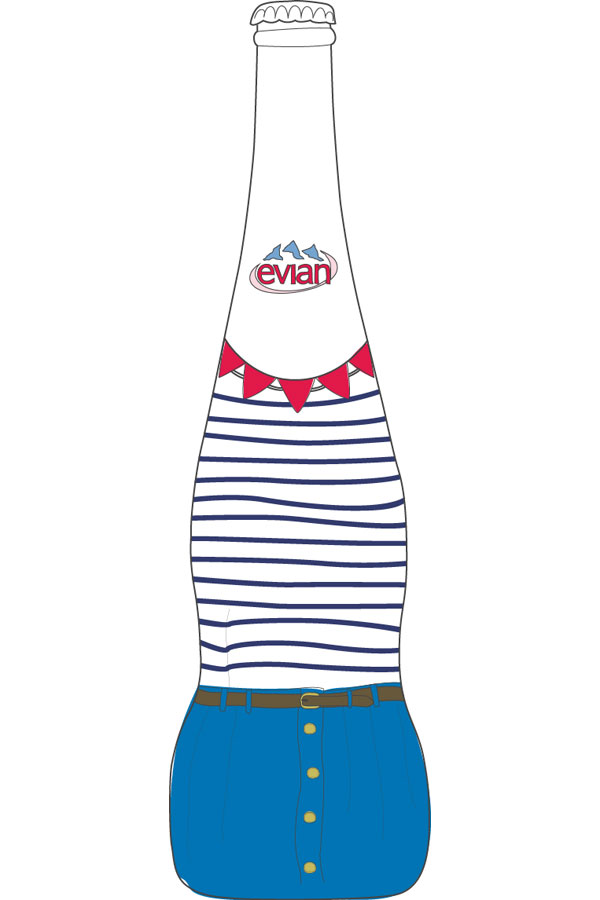 Illustration by Michelle Allen. If you want one of your own, you can find her online and on Twitter.

I wanted to base my bottle design on an outfit I’ve worn on the blog – something that typifies the kind of clothes I love to wear. I chose this stripes-and-skirt combo from earlier in the year as I thought the print and colours would be quite striking… and there’s a bit of a Parisian thing going on as a hat-tip to Evian. En Français!

Diane talks about the inspiration behind her own bottle design in this video – what a brilliant accent she has.


I’m really pleased with my final design – it’s Jean Paul Gaultier on a budget. If I saw this on the shelf I’d definitely grab it over a bottle of Sainsbury’s own – wouldn’t you?

I’m working with Evian as part of their DvF for Evian campaign and was compensated for this post.

your design is so cute, would definitely buy a bottle of that!

Love your design- I would certainly grab a bottle.

I love this! And incidentally have you sen the Jean Paul Gaultier Coca Cola cans? X

Michelle is a wonderful illustrator, I love that bottle! She has just recently designed for my blog 🙂

I follow you and I hope you will reciprocate…
http://www.5minutiearrivo.com/

Oh my gosh I love it! Very Parisian and so cool 🙂

I love your design, I’d definitely pick one up if I saw it, very chic!

Ha ha, that’s very cool! I think we’ve all had that moment when we’ve tried to translate something creative onto the page only to discover the artistic talents don’t match up to our imaginations! Very frustrating, but it looks like Michelle Allen managed to channel your inner vision very well!