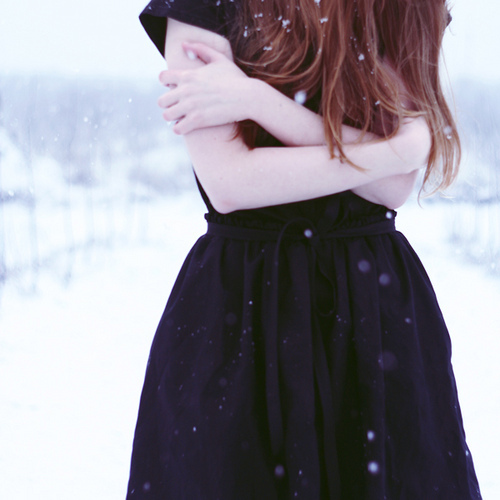 Pinched from we ♥ it
Sometimes, being grown up is really, really… rubbish.
We had about 5 inches of snow here this morning. I peered around the curtains and rather than that sense of glee you got when you were knee high to a grasshopper, I felt the thunk of dread settling in my stomach. Just before Christmas, I had a snow day and I felt bad about it. The nature of my job means unplanned time off is frowned upon and there’s an immense pressure to work work work, whatever it takes. So today, I decided I should soldier on and make my way in.
Bear in mind, I live roughly 40 miles from my place of work. Thunk.
After a 2 hour commute that involved lots of slipping and sliding, I made it in. To be greeted (or not, as the case may be) by an almost empty office. Sigh.
Come 1pm and amidst a flurry of white, I set off for home. I managed to get a mere 5 minutes from home before I had a run in with the car in front. Literally. Bump.
Luckily there was no damage and no one was hurt, but still. Hardly the snow-filled daydream of a 10 year old girl.
So, snow and I are not speaking. I’ve made no snowmen, I refuse to raise a smile at the snow angels in the car park and I almost throttled the Mr when he playfully threw a snowball in my general area. I’m giving snow the (very) cold shoulder. Harumph.
How are you getting on in the hazardous weather? If you’re currently wearing cut off denim and lazing under a red hot sun, I don’t want to know! 🙂
PS – Here are some things that are really cheering me up today: 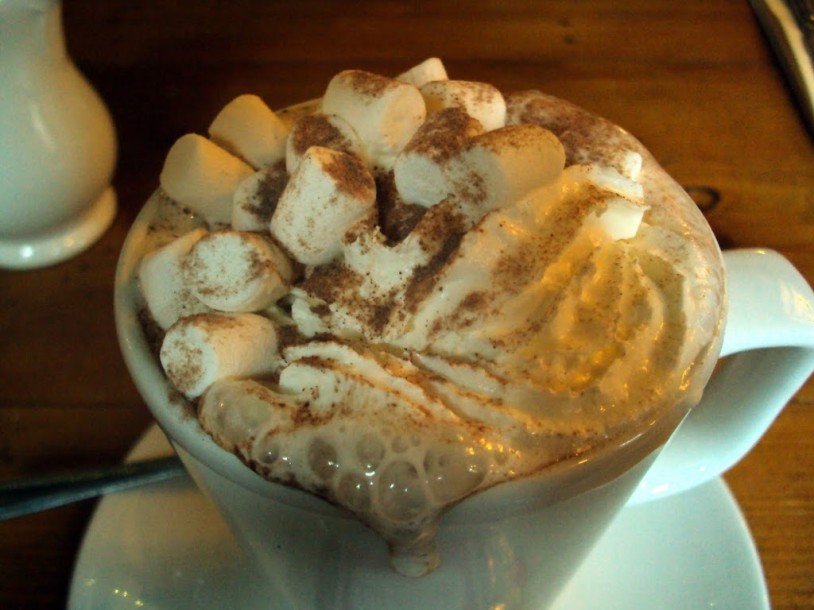 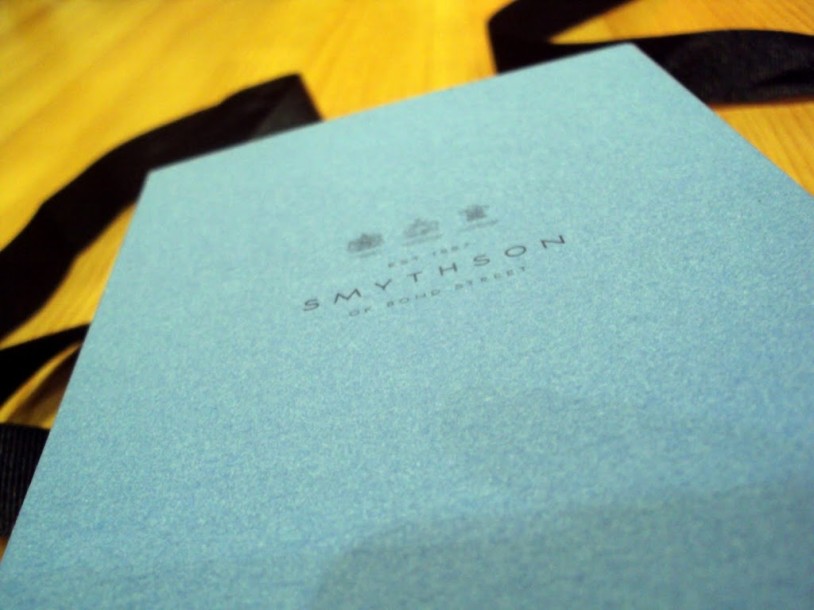 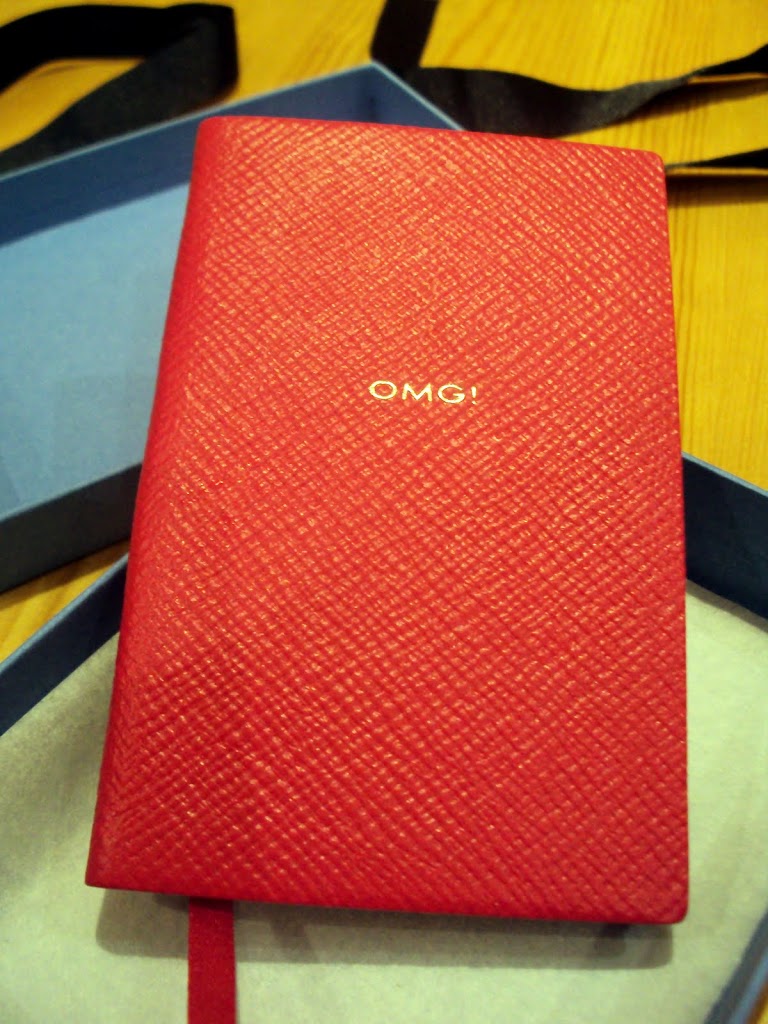 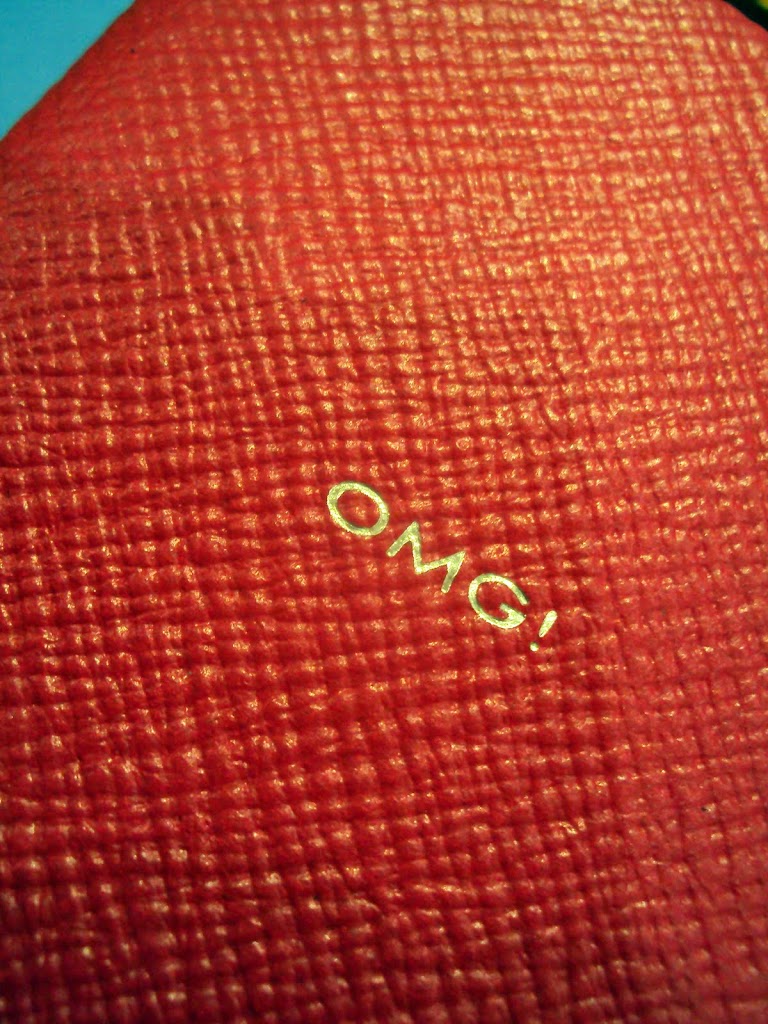 My very first Smythson notebook – a birthday present from a very dear and generous friend.

Oh no 🙁 Glad youre okay! Our country deals with the snow so bad, honestly. Everything goes to a standstill – The government should really take control in situations like this! Everyone ends up house bound/in a car accident/landing on their bahooky in the middle of the street. Its dangerous 🙁 And all the train tracks freeze too, I mean, whats the deal with that?

Anyways, I’ll stop ranting now 😛 Thank you for the advice, Ive heard of the student discount and I think it seems like something to be taken advantage of! I’ll be making my move about it at the end of january… shall keep you posted on how it goes 🙂 ♥

You poor wee lamb! It’s hideous out there. We all got sent home from work today and are crossing our fingers for tomorrow.

Hope your car is okay! And safe journey tomorrow, if you have to make it! x

I’m glad you’re ok and there was no damage. Its horrible this year isn’t it? I walk to walk and that has a whole other lot of dangers, i managed to avoid falling on my backside, made it to work where there was hardly anyone and we weren’t allowed to leave early. So then i had to walk back home in the dark with snow nearly to my knees. Depressing x

that is a hideous day! thank goodness you are home now. it’s supposed to snow in london tonight, NOT looking forward to the morning 🙁

love the smythson though! so cute! you lucky thing x

Oh what a day! You poor thing.

I loved the snow up until I got to about 20 years old, before that a snow day meant a day off school! After that it meant I couldn’t get into work, therefore couldn’t get paid. I envy small children and the yoof for being able to see the snow for what it is… a fun day!

And sorry to hear about your little bump too, not a good day then! We’ve been told 16″ of snow is on its way, so no driving/walking for me.

My suggestion: have a lovey hot bath, glass of wine and find a good book, that’ll cheer you up. Oh, and gazing at your Smythson will help too.

that hot chocolate looks so good!

sorry about the little wreck you got into, but so glad there wasn’t any damage.

I too hate hate hate the snow, and there’s plenty of it here as well!

Awww 🙁 If it’s still bad tomorrow, take a snow day! Not worth the risk to yourself or your car. x

I think snow is pretty – but driving in it, walking in it or anything of the like just stinks! Kudos to you for making it in to work!!

That hot chocolate looks so yummy, I think I might go make me some right now!

I really dislike snow. So sorry that it had such an impact on your day.

Oh Jen, I cannot relate because you know where I live. I always wishing for snow since I have not experienced it yet.

Love your new notebook…at least there’s something to perk you up. xoxo

The snow looks BEAUTIFUL! I wish Los Angeles can somehow give birth to a plethora of wonderful white powder! Oh, that notebook is SO CUTE by the way. “OMG”. Hahahhaha:)! Follow me, please? 🙂 <33

Oh Jen, I’m so sorry to hear about the bumps in the road today – hopefully tomorrow turns out far better. In the meantime, that hot chocolate with marshmallows looks downright heavenly!

By the way, I have yet to do a guide to Parisian cafes on Cafe Fashionista, but I promise I will put one together in the next few weeks just for you!! 🙂

That’s horrible 🙁 Snow is a killer for everyday activities. We just got 10 cm today, so it was awful. The hot chocolate looks yummy though, so at least there is chocolate to make the world good again.
-Marz

Yummy hot chocolate can always cheer anyone up. How lucky that you have such a good friend with fab taste! That notebook is a must-have! Hope tomorrow does not bring another 5 inches of snow. I would hate that you had such a tough time going to and from work!

That hot chocolate looks amazing! And the notebook too.. I havent seen snow in a while and I miss it. I envy you!

Hi there again.. I tagged you in my blog

I hope tomorrow will be a better day for you, dearie!!

Oh man that hot chocolate looks AMAZING. And I am rather in love with your notebook!

Aw, that’s too sad. I hope snow somehow becomes a fun and magical thing for you again! That hot chocolate is fantastical.

You poor thing.
The snow and I are not on speaking terms either. I hate it and I want it to leave me alone. X

OMG! Everything in this entry is delicious. Well, besides the run-in with snow. Sorry you had a bad day with snow. I hope you two are speaking now 🙂

I’m not a fan of snow either! It was great when we were little! Now I have things to do dammit! 🙂 X