After Christmas, I set myself a little January Sales Challenge. I’m well-known for going a bit mental when things are reduced, and have three bags of clothes waiting to be eBayed to prove it. But this year, to work with my maturing style, I decided to invest in some classics. So far, so ordinary. I’ll tell you more about my January Sales Challenge later this week, but for now I just wanted to share one of the items I bought… 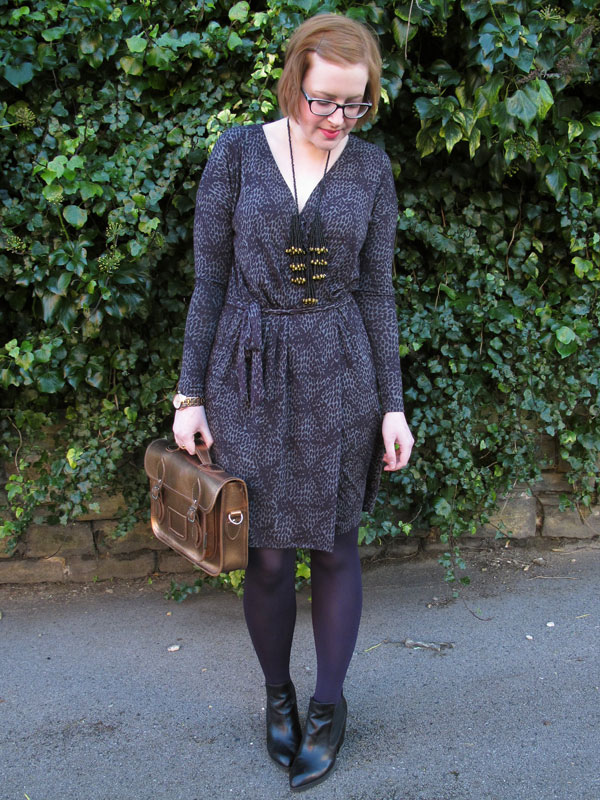 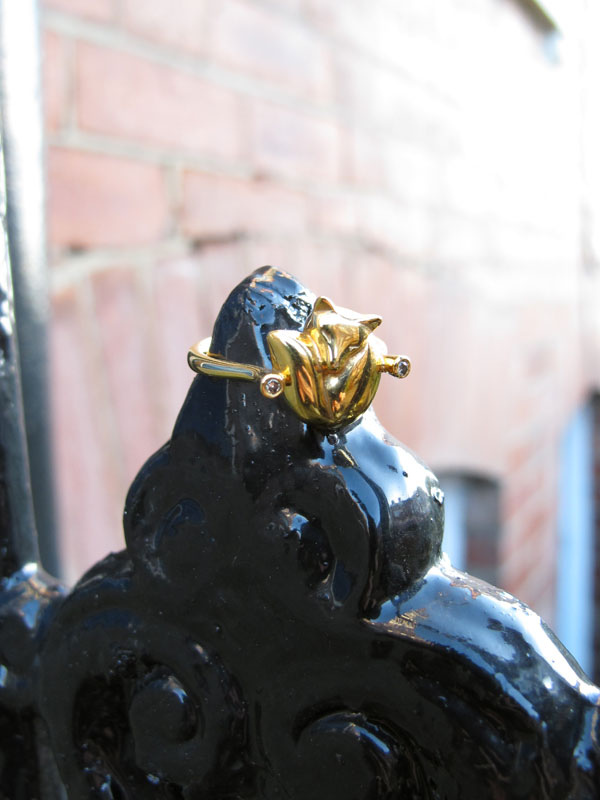 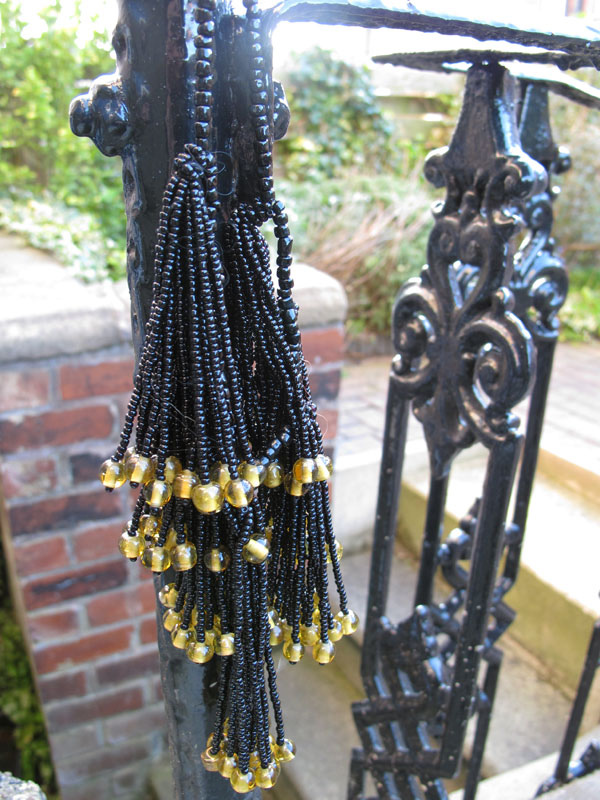 This printed wrap dress is from Gap – a shop I don’t usually frequent for anything other than basic tees, but one I’m adding to a list entitled ‘Amazing Sales’. I paid £9.99 for this beauty, which was reduced from £40. It’s definitely one of my best bargains!

Wrap dresses are often included in articles about how to dress a ‘curvy’ body. Something about accentuating the waist and smoothing over the hips, I’m sure. But they’ve always been missing from my wardrobe because… well, they’re just so safe. Wrap dresses remind me of office workers in the mid-90s, Susannah Constantine (of Trinny and Susannah fame) and the first series of 10 Years Younger. I’m convinced the answer to every woman’s fashion woes in 1997 was a belted wrap dress.

But there’s a reason wrap dresses are so popular, despite not being particularly fashion forward. As Diane von Furstenberg knows, they are flattering for anyone with more than their fair share of T&A. When I bought this dress, I didn’t need to try it on because I knew it would suit me. And although it’s far from inspiring and not really that imaginative, I love it. Sometimes, it’s nice to wear a piece you know is doing you justice.

What’s your ‘playing it safe’ piece?

I know what you mean. You’re living proof in this dress that it’s not always about the basics but how you put them together with accessories. I love the look you’ve put together here. Your accessories are edgy and fun, so you carry off the dress with a dark twist. Gorgeous. Em x

I agree a wrap dress can be very flattering, much better to spend your money on something like this that you know you’ll wear again and again than something that might stay in the carrier bag! x

See I’ve gone the other way. I think in my late 20s I was dressing too old (wrap dresses from boden etc) and now I’m going back to dressing much younger as I’m only 31 and want to make the most of it. You do look lovely though. I have a few safe body con dresses for those days when I can’t be bothered, but still want to look smart.

I love your outfit, you look very pretty in this picture. I really like your necklace it is very unique.

You look fantastic!
My very petite and not particularly curvy so I tend to wear figure hugging dresses to show off the few curves that I have! I know if I wear and black jersey dress from American Apparel I’ll look good so they’re my ‘playing it safe’ pieces.

I really like this dress. It can be smart enough for work or funked up a little for meeting the girlies for a few drinks. And what a bargain to!

I’m not keen on wrap dresses at all usually, I always think they’re a bit mumsy (probably, as you say, because they’re the kind of staple that Trinny and Susannah and Nicki Hambleton recommended…). HOWEVER, you look cute in this dress and it’s probably something to do with the print and the fact that you’ve used edgy accessories too. Nice one – inspiring!

(PS I really love your boots – did you get them recently? I want to copy…)

I bought my boots via ASOS about 4 months ago… just had a check and can’t see them there or on the Bertie site. But Bertie have some lovely alternatives – http://bit.ly/zTz9Dp 🙂

Far too late at night for me to be browsing boots but cannot let this one go! 🙂 thanks for the reply!

I usually loathe wrap dresses with a passion. You, however have just made me fall a bit in love.

I love this dress. I don’t usually browse wrap dresses as I think they’re a bit too safe but one like this would be perfect for work. I really need to give wrap dresses a chance! x

I always skip over wrap dresses even though it’s blatantly obvious they would be flattering on my big hips/tummy but thankfully small waist. On a similar not, my play it safe piece of clothing is either an empire line dress or a dress with a tight waist and flare over the hips – perfect!x

very nice indeed! My play it safe will always involve flat shoes and maybe a blazer over the top or a big wooly cardigan

Hi Jen- beautiful! Love the dress. Can I ask what your name on ebay is?! I’d love to keep an eye out for what you’re putting up 😉 I love your style!

That dress is so flattering. I’m not sure if I could pull if off without looking awkwardly old, but I don’t think it ages you, it’s lovely on your shape.
That necklace is super pretty as well 🙂

My maxi skirts without a doubt, hides a multitude of sins (hairy legs, need to go to the gym legs and pale legs) xx

Your dress looks great but such a find is a rarity. I have a curvy figure and find wrap dresses deeply unflattering to wear; they cling to EVERY curve, the wind flaps the skirt open and the top part just slides down to reveal my bra. Not good, not good at all.

It looks great on, its the kind of dress you will get longevity out of. Really does scream DVF too, can’t believe its from Gap!

The dress looks great on you, my play it safe piece would have to be a plain maxi skirt paired with a comfy cardigan . x

I noticed you have a new satchel from Zatchels and was just wondering which you thought best, either Zatchels or Cambridge as I can’t make my mind up?
thanks

I love both my satchels but I have to say, the service from Zatchels was much quicker. My Zatchels bag arrived within two weeks and that was just before Christmas, whereas my Cambridge took two MONTHS and that was in the middle of summer!

In terms of quality, they’re pretty equal although Zatchels satchels do have a fabric label on the front. Zatchels have a massive range though, there are SO many colours and prints to choose from. I’d definitely recommend both companies but if you want your bag quickly, Zatchels is your best bet! 🙂

For me, my playing it safe is the classic stripey top/dark jeans combo…I own *a lot* of stripey tops!

I’ve actually never owned a wrap dress, although am actually eyeing one up atm!!

The little black of course.

This does look lovely on you, even if it is ‘safe’. Funnily enough I don’t have any wrap dresses in my wardrobe. I try then on occasionally and they SHOULD suit me. but I never think they do…

Day to day, my safe outfit is either coloured skinnies/stripey top/converse or leggings/jumper dress/boots. I know what you mean about wraps being safe (and as someone in the comments says I have a fear of looking mumsy – occupational hazard, being a mum) but this looks great on you. Oddly, my one wrap dress is a DVF and I feel far from safe in it – it’s VERY booby!